With more than 25 years with the company, Robert is one of the longest-serving members of the WEBER RESCUE team. Today he was able to complete his 1700th customer visit at his neighboring fire department in Reichraming with the handover of the new emergency vehicle.

Robert's path to becoming Area Sales Manager led him through an apprenticeship as a machine tool builder at WEBER Hydraulik. He has now been working for our company since 1995 and has also been in field sales since 2007. The ambitious firefighter has now been able to pass on his expertise to customers on site 1700 times.

"Training courses at customers are of course always individual and exciting. I particularly remember a training session where the fire department was called out on a mission and I spontaneously joined in," says Niederhofer.

An accident on the highway, in which Robert was able to free the driver from his car with the equipment in his service bus, will also be remembered for a long time.

We congratulate Robert and wish him continued success!

About the author Robert Niederhofer 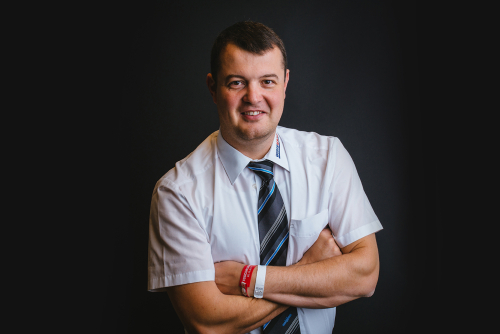