ONCE A CITY BUS, NOW A MOBILE TRAINING BUS!

The mobile simulator was born from Gabriel Fontanari's own idea, since it is practically impossible to obtain truck cabins for training rescue techniques.

First he made some sketches on paper, which he then gave to an engineer friend who calculated the resistance of the structure and the mobility of the movements. Once this phase was completed, the plans were drawn up and built to his volunteer fire station in Baradero.

"In March I sold my car and bought the city bus, which was in excellent condition, then I cut the structure and my barracks gave me on loan the cabs that I mounted on the bus. The financing was done with my own funds and the help of ARD in the aesthetic design, the planning of the unit and the provision of a set of Weber tools for training. The work took 5 months, and I've already done 2 trainings to raise funds and complete the work."

The Copick is designed for 5 people and has two beds, a toilet with shower, a kitchen and air conditioning to provide the traveling teachers with the necessary comfort.

THEMES OF THE CABINS:

Car No. 1 Represents a rear-end collision with separated vehicles on the driver's side. Maneuvers: stabilization, release of doors, cutting of fuses and frontal displacement of the dashboard. On the passenger side: stabilization, door deployment, and floor flipping to free the victim. In addition, third access points can be created from the rear of the cab for 0-degree extractions.

Cab No. 2 Represents a total overturn of a truck, and the maneuvers are as follows: On the passenger side: stabilization, opening of the base, blasting of the door and creation of a third access to free the victims. The driver's side is the same as above, but with some variations.

The official debut of the simulator will take place in Patagonia in October. This week the bus goes to the ARD workshops to finalize the details of the aesthetics.

About the author Reiner Antritter 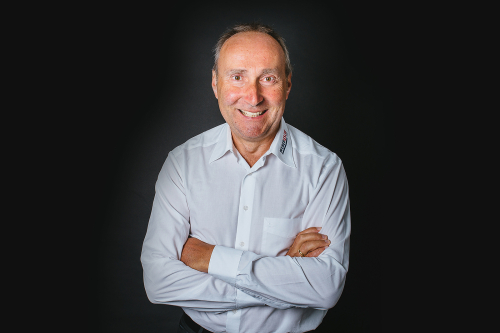